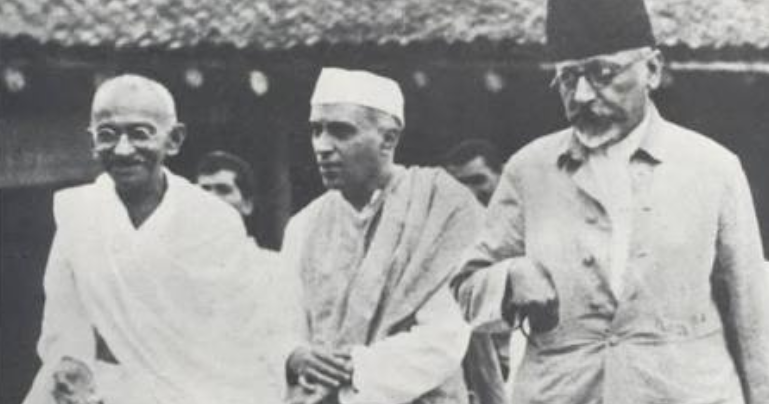 At a meeting of the Sri Lanka Freedom Party Central Committee chaired by President Maithripala Sirisena, a decision was taken to hold its May Day rally this year in Batticaloa, in the Eastern Province on May 7. A committee headed by Minister Nimal Siripala de Silva was appointed to organize the rally. The idea to hold it in Batticaloa, was based on the results of Local Government election where the SLFP achieved the second place in the district winning 54 members. We believe it is a good proposal as it sends out an encouraging message to relevant groups on national unity and reconciliation. The SLFP which won only a 13% national average and a relatively poor 33% in President’s home district of Polonnaruwa, did creditably well in Batticaloa receiving 51 % in Kattankudi, 18% in Koralaippattru North and 25% in Koralaippattru Pradeshiya Sabha – It would be interesting to note this in the context of SLFP/UPFA dropping to third and fourth place in the rest of island.

Whether they went to East for fear of exposure at the hands of Pohottuwa or UNP on May Day; or was it a genuine move in winning the hearts of minority as described above will be left unanswered until SLFP’s next move.

The party’s success at 2018 LG polls in East has a remarkable similarity to its victory 50 years ago, on February 18, 1968, at a bye-election held to decide on a representative for the next two years in the House of Representatives. Kalmunai seat fell vacant with the disqualification of senior politician in the area Mudaliyar, M. S. Kariapper who was found guilty of accepting a bribe. Kariapper had contested this seat at every election since 1947 on a variety of tickets and was returned four times in this Muslim predominated area [68% Muslims; Tamils 28; Sinhalese only 2%]. In 1947, Kariapper contested under UNP and won it. Gate Mudaliyar Mohammed Samsudeen Kariapper who was born in 1899, joined local politics and became chairman of Kalmunai Town Council before he entered national politics. He lost in 1952, but regained it in 1956 under the Federal Party. He won again in 1960 March and at this occasion, he chose Dr. W. Dahanayake’s LPP to contest, but soon lost in 1960 July, when he contested under his own new party, the All Ceylon Islamic United Front [ACIUF]. The never-say-die Kariapper was back in the fray at the1965 election, as an independent candidate who beat both his rivals from UNP and FP. Kalmunai with 23,300 voters went to polls to decide on their representative in the legislator. Kariappar was a notable absentee, being deprived of Civic rights for seven years on the recommendation of Thalgodapitiya Bribery Commission.

Agriculture is the main livelihood of 90% percent of the people in Kalmunai. Paddy cultivation accounted for over 80% while Tobacco and vegetable covered the rest.

Mohamed Cassim Ahmed, the new MP for Kalmunai was a nephew of M. S. Kariapper. Kariapper family is the most powerful and popular political family in the eastern Sri Lanka. Ahmed contested against his maternal uncle Kariapper in 1960 and won to remain in parliament for 17 years. He was the father-in-law of late M. M. Mustapha, and was also a politician, and a cousin of the late A. H. M. Ashroff, the founder leader of Muslim Congress. Ahmed made his first appearance at the hustings as an independent candidate against his maternal uncle in the March, 1960 election, where he polled only 1280 votes and lost his deposit too. Undaunted he contested the July ’60 securing nominations from Federal Party and won with a comfortable majority over uncle Kariapper in a straight contest. The SLFP nominated Ahmed to contest Kalmunai on its ticket at the by-election.

Leader of the Opposition Sirimavo Bandaranaike issuing a statement on the eastern province’s surprise victory used the opportunity to gain political mileage by arousing communal hatred; she stated,

“The result of the Kalmunai election is of great significance in the present political context, is not just another by-election victory but a victory against a threat to our national integrity and a triumph for a progressive course. The plea for Federalism espoused by the ‘Ilankai Thamil Arasu Katchi’[Federal Party] and encouraged by the present government [Dudley’s national] by means of proposed District Councils Bill and other measures to appease the Federal Party leadership has been resisted and strongly resented by the country at all times. In fact it’s dangers have become more manifest particularly during the three years of office of this government. It was a proud boast built on the false pretences of the Federal Party that it represented the interests of Tamil speaking peoples of Ceylon and that the Muslims of the North and East had entrusted the guidance of their affairs to them.”

Continuing she said, “It was also loudly proclaimed by this government that National Unity has been at last achieved by the mere union of the UNP and the Federal Party. [SJV Chelvanayagam led FP, the sole representative of Northern Tamils was in coalition with UNP and five other smaller groups] the Kalmunai results have once and for all blown up both these myths.” Poles apart, SLFP’s present leader President Maithripala Sirisena addressing the May Day rally made a scathing attack on those arousing communal hatred to gain political advantage.

A White Paper on DC Bill was presented in the House on June 5, 1968 to set up District Councils under the direction and control of the Central Government. One of the main campaign slogans of the SLFP was that the proposed DC Bill in any form at that juncture would be highly detrimental not only to the integrity of the nation but also to the Muslims of both in the East as well as in other parts. The Islamic Socialist Front led by Badiuddin Mahmood, Minister of Education in the Bandaranaike government, contributed in a large measure by successfully convincing the Muslims that they had been long exploited by a handful of self-seeking big names in the community.

A White Paper published on the orders of the Dudley Senanayake Government and presented by M. Thiruchelvam Q.C., Minister of Local Government and nominee of the Federal Party in the Cabinet for setting up District Councils was abandoned in the face of protests by main opposition SLFP and Sinhala nationalist groups. According to the White Paper, the GA of the District would be the CEO and all staff would be public servants. The DCs would be extensions of the Central Government handling some of the functions performed by the Kachcheries. The Councils constituted in each district, would consist of ex-officio elected MPs for each district, which lay within such administrative districts, Mayors and Chairmen of local bodies within the district, in addition to the three nominated Councilors.

The SLFP, in a circular to its followers described the Bill as the outcome of a ‘secret pact’ between the PM and Chelvanayagam, the same way the UNP and the nationalists monks in 1957 chastised a ‘Banda-Chelva secret pact’ [the B-C Pact of July 26, 1957] mass rallies were organized to whip up opposition to the Bill. It was the second effort by a government, the first being Bandaranaike-Chelvanayagam pact. Thiruchelvam, father of the slain Neelan Thiruchelvam resigned ending the unity of the two parties. Thus ended the second attempt to find a lasting solution. However his son Dr. Neelan Tiruchelvam PC, along with Prof. G. L. Peiris, authored Chandrika Kumaratunga’s devolution plan, also known as ‘CBK-GL-Neelan Package’, involving Sri Lanka from unitary state to ‘Union of Regions’ and merging of the Northern and Eastern provinces.

It was generally welcomed both here and abroad, but was attacked not only by main opposition UNP backed by Sinhalese nationalists, but by the LTTE as well. Even the subsequently watered down package was disrupted in the House, burning and tearing copies of it when presented by CBK in Parliament. Thus ended, the third attempt too. Since January 8, 2015 a combined effort was launched by the same two parties under a unity government: instead of finalizing on the interim committee proposals on New Constitution, which encompasses a lasting reconciliation formula, both leaders and their supporters seems to have taken a back seat under severe pressure, concentrating on strategies for Party and individual survival. When the Constitutional Assembly met two and-a-half months ago to discuss the interim report, only six out of the 225 members were present in the House. Time is fast running out; it is imperative that they take the report on priority, and proceed to work on the Draft Constitution.

On July 29, 1999, a suicide bomber threw himself onto Dr. Neelan Tiruchelvam’s car near the Kynsey Road-Rosemead Place junction, assassinating him.